In paper: „Use of Weapons” (by Ian M. Banks)
On Kindle: „All Things Shining" (by Hubert Dreyfus and Sean Dorrance Kelly)
By my listening ears: „The Quantum Story: A History in 40 Moments” (by Jim Baggott)

Amir Achel's book „The Mystery of the Aleph: Mathematics, the Kabbalah, and the Search for Infinity” is essentially the book about the famous XVIII century German mathematician George Cantor — famous for his invention of set theory and its first formulation. The book focuses on his life-time long efforts to describe, define and understand the nature of infinity. The efforts, mostly related to his theory of  transfinite numbers and the search for Absolute Infinity that transcends the transfinite numbers. The mathematical details, indispensable in such a kind of book, are presented in a simple way, so that any high school student can understand it. However, the main theme of the book is the detrimental impact the search on Cantor's mental health.

What was a bit disappointing in the book is the Kabbalah thread. First and foremost, we can't find too much of good explanation of the link between Cantor's search and search for Ein Sof — absolutely Infinite Being. Perhaps the intro to Kabbalah was too short, or, as I tend to think, one can't really understand Kaballah in a simplified way, so that we can see the relation between it and science. This seems to be impossible, and the disappointment I feel is perhaps the signal of something deeper....

Any way — it is interesting and fascinating book to all those who are interested in history of mathematics.
at October 16, 2011 No comments:

Too short — (but still timely) — A review of „Predictably Irrational”

„Predictably Irrational: The Hidden Forces That Shape Our Decisions” by Dan Ariely is amazing book. It challenges the common view that humans mostly behave rationally. Dan shows that this is very far from truth. Dan Ariely is practitioner and behavioral economics, and in his book he applied the methods of that branch of science to analyze many specific aspects of our behavior, mostly related to decisions related to economy. It is really amazing to discover how deeply irrational both markets and individual people in these markets are...

As this review is (by design) very short,  instead let me point to you the fantastic videos that Dan has created for every chapter of his book. See them here. There is also fantastic talk Dan gave at TED.
at October 16, 2011 No comments:

Rabbi Adin Steinsaltz is an exceptional person. Author of  more than 60 books, he was one of the first of Jewish Rabbis who undertook the translation of Talmud from original Aramaic language into modern Hebrew and later in English and many other languages. His translations were not free from controversies, with many scholars from different circles of Judaism, questioning accuracy of his translation. Nevertheless, for such ignorant like myself his popular introduction into Talmud — „The Essential Talmud” — was a great experience.

It starts with explanation of the meaning and importance of Talmud.

„If the Bible is the cornerstone of Judaism, then the Talmud is the central pillar.”


It then describes the fascinating history of Talmud - and shows how its most important feature - of the book that never ends — it is rather realized in minds and hearts of those who study it.

„The Talmud is the repository of thousands of years of Jewish wisdom, and the oral law, which is as ancient and significant as the written law (the Torah), finds expression therein.”


„Structure and Content” come next, describing the Talmudic exposition of laws covering the entire scope of Jewish life. The relation between Mishnah - the core of Talmud and Gemarah (which is known as Talmud itself) is explained.

The last part of the book, called „Method” describes Talmudic logic, and Talmudic way of thinking. It ends with the fantastic short chapter „The Talmud Has Never Been Completed”, that underlines the essence of Talmud:

„Every day, every hour, scholars find new subjects of study and new points of view. (...) The work that is a compilation of the endeavors of many generations, is edited with excessive precision, and has been studied by tens of thousands of scholars still remains a challenge.”


Despite my knowledge about controversy around the author, I must admit that it was a great book for me...

I have such bad feeling about the number of books I had read and hadn't had time to write their reviews, that I decided today to make a sort of breakthrough. Of course, it is almost impossible for me to write my regular type of review for all that books - quite lengthy analysis of what is important for me in the book I just have read.

Instead, I will post a number of very short notes about each book. Some of the books on the list will have, in due time, a full review. However, as I noticed that the most important facts about these books slowly and steadily go into my mind's oblivion, I decided that I can't wait any longer...

Hope, you, my readers, will still get something positive from these notes ...

Neuromancer — „what if the act of writing it down, in fact, brought it about?” 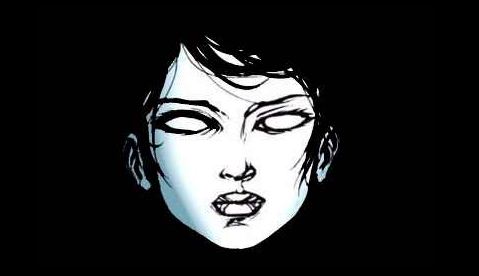 There are two kinds of Sci-Fi books. Of the first kind are books that once described the space travels in gigantic cannon cartridges.The second kind of books uses the Sci-Fi „tools” to transmit a specific message. The message or thought that does not reduce itself to any specific implement or concrete futuristic scenery.

There are many primitive books (and movies) of the first kind.
There are much fewer books of the second kind….

I read number of books of both kinds. Sometimes you start a book, with a hope to find there a message, but it ends up in the proverbial „trip to moon in cannon ball”. Unfortunately the Sci-Fi book I read and reviewed here recently „WWW trilogy” is nothing more than such a stupid story. Even though its theme was artificial intelligence.

William Gibson’s „Neuromancer” is certainly of the second kind. But in the very beginning of this review, let me tell you that from the first sentence you know you encountered a great literature:

„The sky above the port was the color of television, tuned to a dead channel.”


The language of the entire book has such specific colouring. As with many other books I read and reviewed, I find that kind of specific atmosphere, the best described via an analogy to color, as something rear and extremely valuable in books. However the colouring of Neuromancer is dark and void. Is not friendly, nor quite humane. Yet it exhibits beauty of its own kind.
What is so special about this book, the book that I discovered because of my son recommendation (he read it about 10 years ago !) and because of another book, „Infinite Reality:…” (by Jim Blascovich and Jeremy Bailenson) ?? Perhaps it did not correctly predicted WHAT is cyberspace now, or HOW it is built. But many years before Web it very accurately captured its spirit:

„Cyberspace. A con sensual hallucination experienced daily by billions of legitimate operators, in every nation, by children being taught mathematical concepts . . . A graphic representation of data abstracted from the banks of every computer in the human system.  Unthinkable complexity. Lines of light ranged in the non space of the mind, clusters and constellations of data. Like city lights, receding....”


As many agree, it was Gibson, who in some metaphoric sense “invented” cyberspace. How true is  this review title, borrowed from Jack Womack’s note about Neuromancer: „ what if the act of writing it down, in fact, brought it about?”. Impossible? Well… If you think about all these geeks and web inventors of the nineties who certainly have been reading Neuromancer before or during starting up their garage businesses? He also shed light on the aspect of cyberspace which we only recently discovered in web2.0 communities:

„It wasn't a name he knew. Something new, something that had come in since he'd been in Chiba. Fads swept the youth of the Sprawl at the speed of light; entire subcultures could rise overnight, thrive for a dozen weeks, and then vanish utterly.
"Go," he said. The Hosaka had accessed its array of libraries, journals, and news services.”


Gibson's painting of the virtual reality touches the most important aspect of it – total controllability and enumerability:


However, Gibson went further and beyond cyberspace as we know it today. He explores matters that are related to AI in a way nobody at his time did. Instead of writing about robots, he explores the roots of AI:

„The matrix has its roots in primitive arcade games," said the voice-over, "in early graphics programs and military experimentation with cranial jacks.”


Any doubts he is right? The game industry was, if not strongest, driving force of virtual reality technology — at least its most popular. But he drills it deeper. He explores what could be defined as personality problems associated with AI. He somehow predicted what later proponents of so-called Apocalyptic AI would preach. However, Gibson notices issues that, despite many years of development, were not yet addressed:

„Wintermute had built Armitage up from scratch, with Corto's memories of Screaming Fist as the foundation. But Armitage's "memories" wouldn't have been Corto's after a certain point.”


He also comes to the matters related to such, potentially omnipresent (nothing strange in today’s cyberspace) reality:

"So what's the score? How are things different? You running the world now? You God?"
"Things aren't different. Things are things."
"But what do you do? You just there?" Case shrugged, put the vodka and the shuriken down on the cabinet and lit a Yeheyuan. "I talk to my own kind." "But you're the whole thing. Talk to yourself?"

"Mean, motherfucker," he whispered to the wind. "Don't take a chance, do you? Wouldn't give me any junkie, huh?
I know what this is...." He tried to keep the desperation from his voice. "I know, see? I know who you are. You're the other one. "So what now?" He swung them back into the bank of cloud. "Where do we go from here?" "I don't know, Case. Tonight the very matrix asks itself that question.


This very aspect of Neuromancer – disclosing and denuding the consequences of AI concepts, plans and steps toward it – should be studied with diligence by any adept of the nascent Brave New World….