I participate in the 6th European Semantic Web Conference. The conference is organized on the Crete Island - one of the cradles of ancient Greek civilizations of Minoan, and later - Hellenistic civilization. 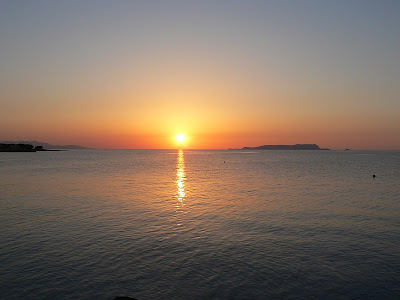 To organize the conference about the emerging "ecosystem" of Semantic Web in the place of the emergence of civilization - is a spectacular idea on its own.

I will write more during or after the conference. The first day was full of workshops and tutorials.
I participated in an excellent tutorial presented by Matin Hepp and Michael Hausenblas.

It was about application of Semantic Web ideas for e-commerce, and in particular about GoodRelations ontology. What has impressed me - was how much work and real achievement is already in place.

During this tutorial we also learned about Yahoo's SearchMonkey and latest Google announcement that it will use RDFa and Microformats - I believe these events will enable the real jump start of Semantic Web ...

O Jerusalem - a review and reminiscences

Some books about history and places, and their true hidden gist can be grasped only after you touch the stones, breath the air, toddle through its streets.

That was my experience about "O Jerusalem !" by Dominique Lapierre and Larry Colins. 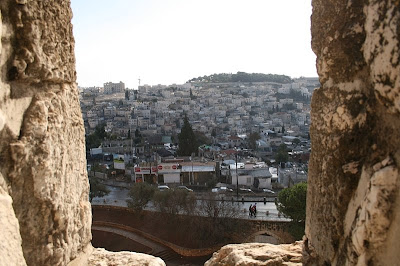 As I wrote in the previous post, it was my second reading. However now, after two recent visits to this Holy City - the impression and impact of the book on me is much greater.

The book describes the most contested part of Jerusalem history - the time of War in 1948 - the war launched by Arabs on the news of United Nations creation of Jewish State.
It is very detailed, 600 pages book (about 18 hours of listening). And it is great experience. You get deep into the individual people emotions, but you also get very good account of the global and regional history of the time. 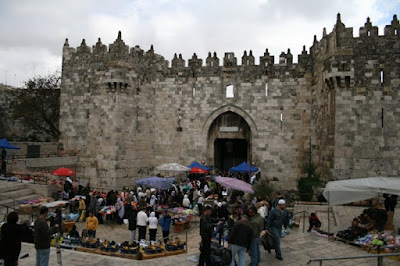 Authors are really very objective. They did not write only black & white adoration of Jewish heroes of the time. They write about the dark sides as well. This dark sides resonated in my heart with the words and thoughts of my orthodox Jewish friend - though not in a direct simple way....

But above all it shows how incredibly difficult time Jerusalem had between 1947 and 1967, until it was reunited as a consequence of another war started by Arab countries.

It shows how precious is every stone, every inch of its streets. It weeps over all the victims of the tragedies...

It also tells a lot of amazing and incredible stories about the Jerusalem area - about Hebron and its Kfar Etzion, about Latrun and the heavy fights for this fortress, about famous Burma road and Tomb of Salomon.... 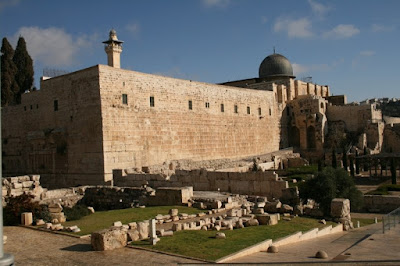 It describes in a fascinating, almost like a thriller, the stories of arm purchases for young Israel in Europe, about Golda Meir fund rising for the new born state and so many other fascinating stories. 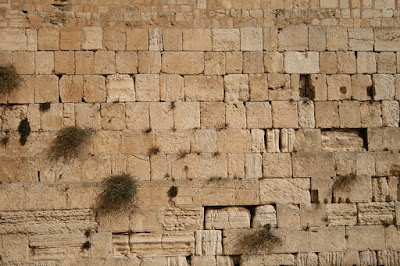 When it comes to the mood - it has a kind of melancholic-epic character, but - in a very positive sense of the world - it reflects the feelings you have there. 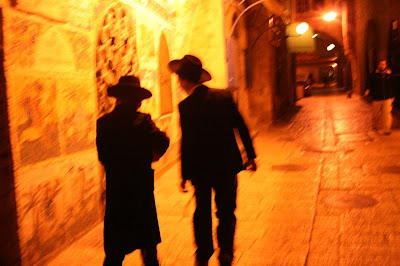 I recommend the book to everybody who plans to go to Jerusalem. I promise - you will look at its stone from a different perspective....

My impression of it is however that of mixed feelings.I found some simple queries working well, but some other totally wrong - with no indication why.

I tried some chemistry on it (having PhD in theoretical chemistry I could:-) ).
Simple molecules expressed via simple query like C2H5OH are superb, including nice 3D models (try), but when you take something more complicated but perfectly well known (like La2(CO3)3) it shows something that has almost nothing of any knowledge of value.

Moreover, when I typed an absurd formula H9O – the answer was unnoticeably similar to some other perfectly sound molecules !!!

I tried some concepts form neuroscience – I always got simple: “WolframAlpha isn’t sure what to do with your input.”

And what bothers me the most: that mysterious source reference: “WolframAlpha curated Data 2009” – with no real explanation what it is, how it was build etc…

As for the only real value I got from WolframAlpha - it did some funny deciphering of my first name: Mirek. Try it – it’s fun and you will understand my "aka" signature below :-)

Well, that was a joke – there are some areas in which it operates well. Almost all math formulas I entered were produced superb, nice plots, formulas etc. So, as Wolfram Mathematica web extension it is perfect. I’m not sure about other fields.

Perhaphs it is as David Winberger wrote: “WA is like roomful of idiot savants”

I hope it will improve. There is something in me, like a small voice, telling me: there is some huge value in Wolfram Alpha, though I still cannot see it clearly...

Mahler did not live up even to listen his IX. For him, it existed in his imagination only. Yet, it is one of the most incredible of his composition. Very intense, deep and thick - moves on a brink of tonality and so-called "classical" sonority, getting close to atonality of new-music-to-come. Mahler must have been in a difficult part of his life when writing it. We must remember, that formally his "Das Lied Von Der Erde" is his 9th Symphony. However, in addition of his attempt to avoid "The curse of the 9th" with "Das Liede..." it was also such different from all his other symphonies, that the real "Symphony No 9" deserves to be his true IXth.

Mahler drives us from slow Andante Comodo, where joy & sorrow of the music is tightly linked, through grotesque Scherzo and very intense, very "mahlerian" Rondo to incredible Adagio (Finale). In this last part we witness a thick, intense, almost "stony", music that , at the end, recedes into sorrowful slow tones that finalize the Symphony. It is in this last part, we hear the low tones of basses and - separated by several octaves - violins. The effect is incredible - one can feel goose bumps...

If you want to hear this passage go to minute 4 of the following recording:


The very fact that Mahler did not listen to his IX is remarkable. This great music, truly unheard-of, was also really unheard by the composer.

After listening to IX, it is natural to listen to the parts of unfinished Xth. However, Bernastein only performed Adagio from that, last of Mahler's compositions.
It is also very "Mahlerian" in its sonorities - in some parts it's so intense that it gets quite close to dissonances of atonality. However, the ultimate meaning of Xth is for me - the mature joyfulness, the appreciation of life and readiness for death - death with which Mahler seems to be finally reconciled. Needless to say, I, with many "Mahler lovers" await with great hope the finalization of years-long project of Yoel Gamzou, aimed in complete restoration and recreation of missing parts of Mahler's Xth... Read this.
at May 16, 2009 No comments:

My second reading of amazing book "O Jerusalem !" by Dominique Lapierre and Larry Colins overlapped with my second visit to Jerusalem. I read it couple of years ago, but after my last two visits to this eternal city, the reading of it is an entirely different experience...

I will write more when I finish it. 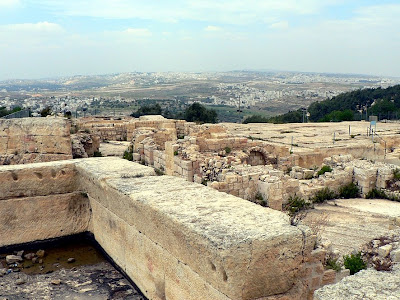 Jerusalem from the highest point above it - The Samuel Tomb.