Hundreds against several - the open letter of more than 2500 polish scientists against 15 supporters of the government ...

The original Polish & English translation can be find here: https://sites.google.com/site/slpnp2016/ 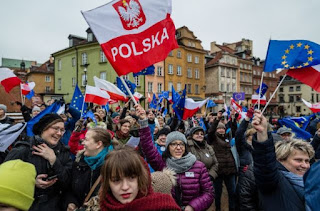 "Recently, 15 Polish scientists have written a letter to Frans Timmermans, criticizing triggering Article 7 against the Polish government.
We respect anyone's right to voice their opinion. We also respect those who signed the letter—many are our colleagues and teachers. However, we find the key claims of the letter unfounded and its language deeply divisive, even offensive. The purpose of the present statement is to make clear that a significant part of the Polish academic world rejects the accusations and innuendos contained in the letter, as well as its hostile tenor. The main claim of the letter is that European Union is trying to "overthrow our democratically elected government" , in order to destroy the strong Polish democracy, so as to be able to govern Poles and other European nations, using "a totalitarian social engineering" of political correctness and to keep supporting a host of "domestic and international thieves". Another reason is Polish government's refusal to admit refugees and, especially, the Polish "freedom of beliefs perhaps the most hated by the EU officials" . These grave charges were made with virtually no justification. They are supported only by sweeping statements like "our current judiciary system represented nothing but a self-protecting postcommunist organization". At the same time, the authors implore their "friends from academia and beyond" (in a letter addressed to Mr. Timmermans) to "think whether you have some serious grounds to believe your media. What if they lie?". In reality, there are absolutely no grounds to believe the main statements of the letter. The claim that the EU hates Polish freedom of belief and is trying to destroy it is preposterous. The opening criticism "It is strange by itself, that these EU personalities, themselves just appointed - not elected, love so much democracy" is an attempt at irony but comes out as a clumsy insult. The authors present no legal arguments or expertise, beyond a vague statement that "the proposed changes in our judiciary system are the same or are very similar to those, which exist in other Western countries systems for decades". In view of the international political situation, and of the Polish geographical position, it is of utmost importance for Poland to remain one of the key EU states, and for this it is imperative to treat the statements by the EU authorities seriously. We regret to conclude that our colleagues decided to put their signatures under a letter of dubious quality, containing standard propaganda slogans instead of arguments, written tenuously, inaccurately and aggresively. We want to make clear that we do not support its contents, its hostility or its awkward style. Statements on important political subjects should be argued carefully and we are supporting the idea of such a discussion. Making arbitrary accusations, regardless of one's political views, is harmful for the community, for Poland and for Europe."

I have also signed the letter.
Mirek Sopek

PS. The photo I used here was made by AFP Photo/Wojtek Radwanski (from https://www.yahoo.com/news/thousands-protest-against-polish-government-control-state-media-164547203.html)

The Statement of Poland's Supreme Court related to the public enunciations of Poland's Prime Minister. 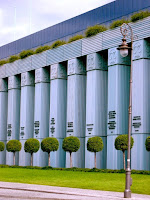 With regard to the numerous public enunciations of the Prime Minister of Poland, Mr. Mateusz Morawiecki related to the courts of Poland, including the Supreme Court (i.e. in his exposé and especially in his article in “Washington Examiner” from December 13th, 2017) it must be firmly declared that his thesis about the domination of the communist time judges over the Supreme Court is plainly false and cannot be used to objectify to the collective move of 40 percent of judges into the compulsive retirement.


The fact of a given judge sentencing in the times of the Polish Peoples Republic does not automatically render the judge judicially dependent on the communist regime, or the one, whose actions were uncreditable. If Prime Minister has access to the information about the particular cases and particular judges, he should present them publically, instead of casting injurious generalisations.


Similarly, he should act, when he claims that some court proceedings were “led by bribes, whenever the case was more profitable”. Any facts about such cases, which are known to the Prime Minister, should immediately be transferred to the persecutor office. The Supreme Court community supports unconditional persecution and severe punishing of corrupt judges. In the same time, we strongly protest any unconfirmed, highly biased, and stereotypical references to imaginary cases, particularly made by the Prime Minister of the Polish government and published abroad. Such activity brings harm to thousands of honest judges, who are the important part of the state of Poland.


We support the system of random allotment of cases to individual judges mentioned by the Prime Minister. Such a system should also be applied to Supreme and Constitutional Courts – what unfortunately, was not introduced by the previous reforms. However, we strongly protest against the claim about the practice of “purchasing” of cases by judges.


We also cannot agree with the accusation, directly pointing to the Supreme Court, about the alleged favouring of criminals who betray the VAT system. We have already extensively explained all the related partcular cases. It must also be noted that the Supreme Court did not participate in the acquittal of the criminal charges against Mr. S. Kociołek (the claim by the Prime Minister on December 17, 2017 in Szczecin). In this case the Supreme Court considered the persecutor annulment and abolished the sentences of acquittal.


From the Prime Minister of Poland, whose opinions shape the opinion of the public, we should expect matter-of-factness, and the use of facts that were verified and confirmed.
(translation: Mirek Sopek)
The original:

"Decoding Reality - The Universe as Quantum Information" is a very important book in the recent series of hot discussion related to the role of information in physics, quantum computing and the relation of information to the theory of gravitation. Written using relatively simple language can be comprehended by literally everybody. Its author, Vlatko Vedral is renowned physicist specializing in the quantum information theory. He is Professor of Physics of the University of Oxford and of the National University of Singapore.

However, the great value of his book to me was in its references to philosophy and epistemology that were both very deep and comprehensive. I was glad to discover that he finds the fundamental value in the Popper's method of falsifiability (which is, to me, the most important method in all sciences). However, he pointed my attention also to the "negative theology" of the Cappadocian Fathers, which, when applied to the deepest mysteries of the reality - is perhaps the only way to start from. Of course the author applies it to the interplay between information and the reality... In that context, he also makes other interesting references to some other spiritual tradiations....

The book ends with the quote from Lau Tzu. I'm leaving it with a thought about the wisdom of the thinker who wrote it some 2600 years ago...:


The Tao that can be told is not the eternal Tao.
The name that can be named is not the eternal name.
The nameless is the beginning of heaven and earth.
The named is the mother of ten thousand things.
Ever desireless, one can see the mystery.
Ever desiring, one can see the manifestations.
These two spring from the same source but differ in name;
this appears as darkness.
Darkness within darkness.
The gate to all mystery.