Why so many gossips about our national targedy ?

What I see in media, both official and unofficial, social and non-social — about recent Polish crash – makes me truly mad.

„Let's not hurt those who suffer with our renditions of the tragedy. Let's leave a detailed explanations of all contentious issues to competent commissions.”

wrote one of Polish bishops recently.

I wonder why so many people, particularly those, who should pay attention to such authorities – just ignore their calls for moderation ?

To those who impeach good intentions of hard working investigators of the crash — I kindly wanted to remind, that in some cases it takes years to find the truth of a plane crash. I almost witnessed the crash of TWA 800 when I was in States in 1996. Yet, It took four years of extremely hard work to discover the irrefutable truth of the cause of that crash ...

Is the Internet truly borderless ?

The second part of WWW Trilogy ... not as good as the first...

While the first book of the "WWW" trilogy (by Robert J. Sawyer) was quite good - I cannot say this about the second part "WWW: Watch". It is more naive and less philosophical. I was also negatively struck by the bombastic and pompous ending that has a form of quite phony sounding summons about the universal consciousness.

I will soon publish full review of the book here. Stay tuned.
at April 20, 2010 No comments: 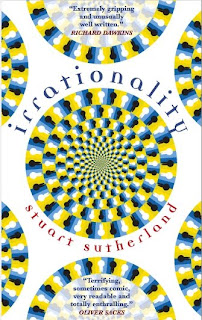 Stuart Sutherland 1992 book "Irrationality" explores the vast areas of irrational thinking omnipresent in human judgments and decisions. Sutherland was professional psychologist, hence the book is not a set of novel-like digressions about human nature. It is scientifically grounded analysis of sources of our mistakes and misconceptions. For example, it explains how skin-deep obedience, false conformity, biased impressions or communal follies bring disaster to many organisation, from army units (he comes back to the Pearl Harbour attack) through government organisations to business organisations. Some of the examples he gives are just hilarious...

There is a lot about medicine and irrationality there, about false diagnosis that can lead to death and about modern superstitions that still pervade the popular medicine (like homeopathy).

The book is full of examples, explanations and recommendations - how to avoid the irrational thinking in our life. The true goal of the book is - of course - the promotion of true and well based rationality!

Every chapter of the books end with a "moral" - a digest of the chapter content in a form of few most important "sententia".

See some of these "morals":

Reading this book is a must for all decision-makers...

And, last but not least - it is also beautifully written - so you read it as a good novel :-)

A week of mourning in Poland

The terrible tragedy happened in Poland. Yesterday, about 9 AM, the plane carrying most important Polish officials, including the country president has crashed while landing at Smolensk airport. The tragedy is of enormous proportions.

Even more immense is its symbolic meaning.

All the people on board were going to Katyn - the village in west Russia, where in 1940, Soviets have murdered more than 20 thousand officers of Polish army and Polish intelligentsia, including many Priests and Rabbies. Until freedom came to Russia, for almost 50 years Soviets denied the crime...

Because of this tragedy, I changed colour of this blog and will not post any review until next week. 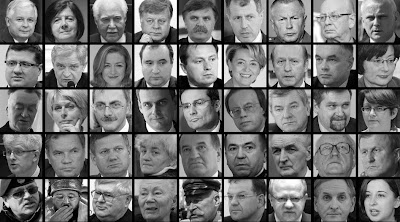 What connects Conrad to Naipaul ? 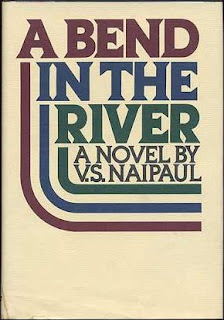 A dedicated reader cannot get any better prize when his own discoveries are confirmed by giants of literatures.

From the beginning on my reading of "A Bend of the River" I was sure there must be a connection between Joseph Conrad and VS Naipaul. In fact, after reading "Heart of Darkness" I switched to "A Bend ..." which was long on my "next reading" list.

These two books are linked on many levels. Both play their action on or close to Kongo river, yet both don't name it. Both don't name the country identity nor its figures. Both deal with human nature more then with anything else....

So, imagine my joy when I read the following words from Nobel prize committee, when, in 2001, VS Naipaul was selected to win:

Naipaul is Conrad's heir as the annalist of the destinies of empires in the moral sense: what they do to human beings. His authority as a narrator is grounded in the memory of what others have forgotten, the history of the vanquished.

"A Bend in the river" is the story of Salim, a Muslim of Indian origin, who lived in unnamed city on Africa East. At some moment in time he bought a store in the midland of the continent on "a bend in the river". His story is from now on related to the political turmoil of the country (possibly Congo) caused by its dictator - the Big Man - most likely Mobutu Sésé Seko. What is the most important in the book, is the impact the dictatorship had on the people - how it changed their minds. How it attracted people, and how it betrayed the in the end.

The book shows, how troubled Africa is. How difficult it is for Africa to emerge the democracy, to disavow violence and corruption - how deep these problems are - and how they cast shadow on human souls.

The book has also a beautiful love story plot....

VS Naipaul forms a conclusion and writes his conclusion ... at the very beginning of the book:

"The world is what it is; men who are nothing, who allow themselves to become nothing, have no place in it."

I was first shocked by the sentence, and by some interpretation of the book - as totally pessimistic. It seemed to me that there was a lot of hope in the book.

I thought like this, until I read about "Second Kongo War" ... it claimed almost 6 million victims...

What is Africa today? Can you tell me ?

Today's concert at Arthur Rubinstein Philharmonic brought to us the climate of Baltic countries - countries suspended between Scandinavian and Slavic nature, culture and in particular - their music.
Famous Arvo Pärt - Estonian composer, who for many years has been my favorite composer of our time, composed Lamentate in 2002. 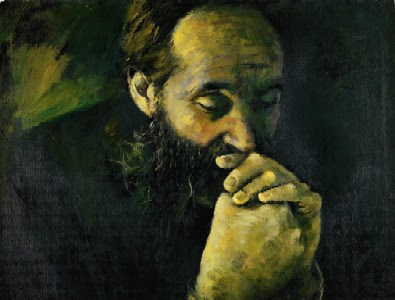 This 10 part suite was composed as a homage to Anish Kapoor and his famous sculpture "Marsyas" - the largest sculpture ever displayed at Tate Gallery. The music is special and in some sense it dwells on another boundary - between typical Pärt's minimalism and much richer orchestration of his later compositions. The beautiful piano part, has much of a space between sounds, so much of silence - and is just breathtaking.

In perception it is indeed as from "lamentate" but lamentate for living - not for dead.

For this concert, the conductor, Daniel Raiskin asked Ralph van Raat to replace ill Alexei Lubimov (famous pianist known from original ECM recording). Ralph's performance was just great and deep - so unexpectedly but luckily we had chance to meet this great pianist.

The music of Latvian Peteris Vasks was new to me. I must admit - I never heard before about him. So today's discovery is of some mysterious significance. His music, though secular on the surface, is deeply religious in a very broad sense - not being tied to any particular creed.

Lodz's Rubinstein orchestra played his Symphony No. 2 . I can't express in words the beauty of this symphony. As in the title of this post - the music is a kind of bridge between cultures. I heard notes of warm Slavic folk music overlapped with cold minimalism of the North.

Peters Vasks was in the concert hall. He was called by Daniel Raiskin to the stage - and we all were deeply moved and affected by his modesty and unpretentiousness....

This was great concert...